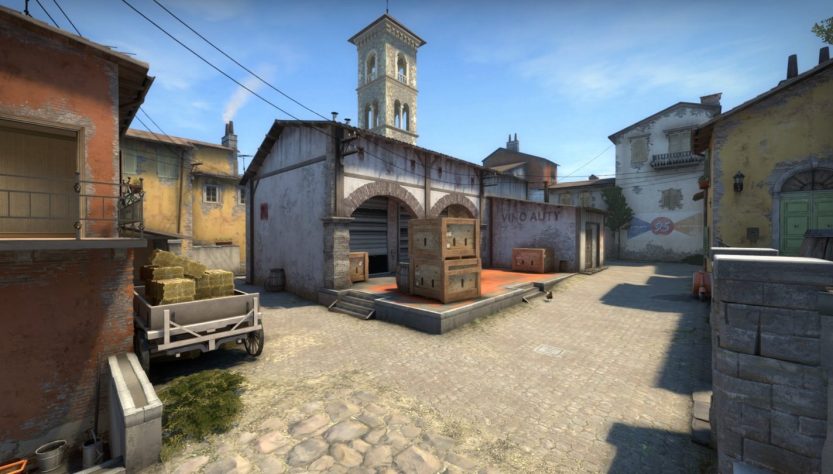 The Inferno map first appeared in Counter Strike 1.1. For 20 years, the map, which takes place in a small Italian town, is part of the main map pool series. If you plunge into the history of the map, you can trace a subtle analogy with Dante’s novel “The Divine Comedy”. In translation, Inferno is hell. This is where the battle unfolds between local terrorists and special forces fighters. If you want to diversify the game, visit csgo.net.

Interestingly, chickens, preserved from the first versions of Inferno, are still running on the map. These characters are also present on the cult map of Italy, which is not included in the official map pool. But if before on the map there was a chicken coop, then with the new version, it disappeared without a trace. With the advent of Counter-Strike: Global Offensive Inferno became not only more beautiful graphically, but also significantly narrowed. The developers have significantly redesigned the Banana, making it easier to protect.

But in Counter-Strike: Global Offensive has not changed either. A couple of years ago, the map was being reworked. The changes were caused by the imbalance, as well as a gradual update of the map pool, involved in official matches. After the last update of Inferno, the following changes come to mind:

The main tactics of the game

You cannot win on the map, not only on Inferno, without a well-defined strategy. Counter-Strike: Global Offensive is a team game that requires a coordinated interaction between all five teammates. The game is divided into two halves: the game for attack and for defense. Each side assumes its own variant of events. If the terrorists are faced with the task to break in and plant a bomb, the defense side has the main task – to prevent the attack of terrorists. On this basis, two different tactics, typical for the attacking and defending sides, are distinguished.

Tactics of the defending party

Players protect spawn next to the two points of the bomb. The most frequent variation of protection is the 3+2 scheme. It assumes that there are 2 players on the Bombshell, 1 on the middle, and 2 in the reinforcement on point A. At the moment, pro-players are increasingly beginning to give the Bomb to one player, who in the first timings takes Banana. This allows you to control most of the map, preventing the attacking side from taking advantage of the map at the banners.

What to do if the attack moves to point A?

So, let’s take for a start two players under A. There must be an awp wagering on the first middle. The problem here is that an aggressive game on late timings can lead to a wrestling from the second middle or from the boiler. Therefore, a sniper’s use in the middle is maximal on early timings to get information on terrorist attack vectors. The output on a banana will be well visible.

Having given the information, you should not immediately run in the back, because the peculiarity of the map is the availability of fast dragons, which opens up a lot of space for fake attacks. At this point, the player from the position plant A goes to help through the city, and AWP controls the banana. This simply drives the attacking players into a dead end, from which only flawless shooting will help to get out. If you like this game, you may like the site https://csgo.net/upgrade.

Property for sale in Mallorca